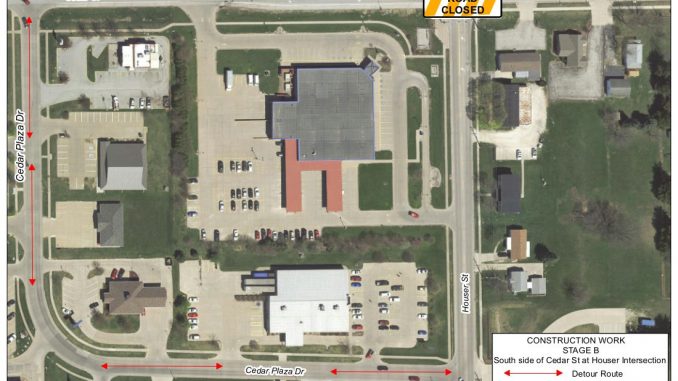 The northbound approach to the intersection on Houser Street will be closed starting at 7 a.m. Tuesday with traffic detoured using Cedar Plaza Drive.

The north side of the intersection will be opened for traffic as will turning north onto Houser Street off of Cedar. The intersection remains a four-way stop (flashing red light). Drivers are urged to find alternate routes and to use caution when traveling in or around any construction area.

The intersection was closed on Tuesday, March 31, as the Full Depth Patching Project resumed after a winter shutdown. All work is expected to be completed by April 17.