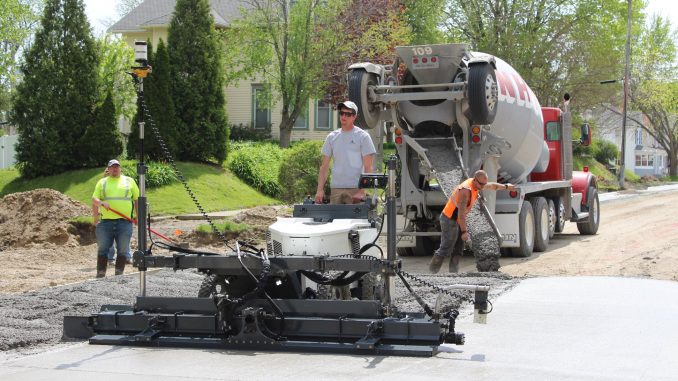 The contractor for the West Hill Sewer Separation project will be closing 8th Street from Cedar to Broadway, and Linn Street from 7th Street to 8th Street starting at 7 a.m. this morning, Monday, May 11.

All vehicles must be off of West 8th Street from Fuller Street to Broadway, and off of the 700 block of Linn Street by 7 a.m. on Monday, May 11.

Traffic will be detoured to 7th Street from Cedar to Broadway, and Broadway from 7th Street back to 8th Street.

No parking will be allowed on even number side (river side) of 7th Street from Cedar Street to Broadway, or on the east side (odd number) side of Broadway from 7th to 8th Street starting at 6 p.m. on Sunday, May 10. The detour route will remain in place until the project is completed in Fall 2020.

Stage Two of Phase 4C will focus on West 8th Street from Linn Street through the Broadway intersection including the 700 block of Linn and on Roscoe from 8th Street to Maiden Lane.

In addition, there will be some repair work remaining to be done from Phase 4B that will affect 8th Street between Cedar and Linn including areas on Sycamore, Iowa, Chestnut, and Pine. This includes reseeding of some lawn areas and work in the streets that may require temporary lane closures.

Traffic on 8th Street between Cedar Street and Chestnut Street will be permitted as the repair sections for Phase 4B are completed and accepted by the City of Muscatine.
Drivers are urged to use caution when proceeding in or around construction areas and to find alternate routes of travel when possible.

West Hill Sewer Separation Phase 4C Stage 1
Pavement restoration has been completed in the first stage of West Hill Sanitary and Storm Sewer Separation Project (WHSSSSP) Phase 4C with KE Flatwork, Inc., completing pavement restoration of 9th Street from Iowa Avenue to Chestnut Street, and Iowa Avenue from 9th Street to 8th Street. The contractor has portions of the Iowa Avenue and 9th Street intersection to complete along with some driveways and sidewalk replacement, and landscaping work before the stage is reopened to traffic. The two street sections are tentatively scheduled to reopen the week of May 25, weather permitting.

Paving of the 2nd Street and Mulberry Roundabout began in earnest this past week as the project remains ahead of schedule and expected to be completed by the end of June. Heuer Construction completed the first major pour, the inner circle, and several connector pieces this week.

West Side Trail
Heuer Construction has completed concrete work for the West Side Trail project from Hershey Avenue to Crossroads, Inc., with only a section running through the Arbor Commons development yet to be competed. The contractor is currently focusing on backfilling, hydro seeding, and finishing landscaping along the completed trail from Hershey to Crossroads, Inc.

The trail through the Arbor Commons subdivision will be completed once pavement work in that development has been completed.

2nd Street Streetscape Project
Pavement removal is nearly finished in the 300 block of East 2nd Street as work continues to complete underground work in the first stage of the 2nd Street Streetscape Project. Contractor KE Flatwork, Inc., is now working on completing repairs to sections of the storm sewer in the Cedar and Walnut intersections before completing sanitary sewer work on Cedar from 2nd Street to the #2 Alley.
The schedule calls for the street to be repaved before work on the south side sidewalk and the north side sidewalk, which is expected to be completed once the street is reopened with restricted lane usage.

The extent of the work in this stage of the project necessitated the full closure of the 300 block of East 2nd Street, but this is the only one of the six stages that will see a full closure during construction. Each block of the project is assigned a stage and each side designated either “A” or “B” with work on one side of a block completed before the opposing side is started. The current work is being conducted in Stage 5.
Residents or business owners who have questions about the project, the schedule of work, or would just like more information about the project can contact Bill Haag, Construction Project Manager, at (563) 299-0690.