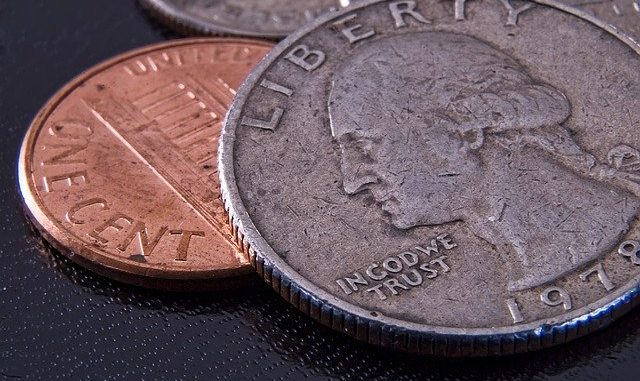 If you’ve been out and about lately, you’ve probably encountered signs at registers announcing a national change shortage, or found that the self-checkout will take only credit and debit cards.

Welcome to another impact from the COVID-19 pandemic.

The national shutdown “has significantly disrupted the supply chain and normal circulation patterns for U.S. coin,” the Federal Reserve said in a recent statement. “In the past few months, coin deposits from depository institutions to the Federal Reserve have declined significantly and the U.S. Mint’s production of coin also decreased due to measures put in place to protect its employees.”

As commerce reopens, Federal Reserve coin orders from depository institutions have begun to increase, resulting in a drastic reduction in coin inventory.

“The places where you go to give your coins, and get credit at the store and get cash — you know, folding money — those have not been working,” said Jerome Powell, chairman of the Federal Reserve, in comments to Congress in June. “Stores have been closed. So the whole system of flow has kind of, had come to a stop.”

Now that businesses are quickly reopening, banks are finding that the demand for small change is outstripping the available supply.

While there is adequate coin in the economy, the Federal Reserve said, the slowed pace of circulation has meant that sufficient quantities of coin are not readily available where needed.

The coin supply chain includes many participants, from the U.S. Mint who produces new coin, to the Federal Reserve who distributes coin on the U.S. Mint’s behalf, to armored carriers, banks, retailers and consumers, all of whom have a role to play in helping to resolve this issue.

In addition, the Federal Reserve says banks and other coin industry partners can encourage the use of social media to promote the circulation of coin using the hashtag #getcoinmoving. Banks are encouraging to folks to bring in their excess coins for deposit or paper money.

“The coin circulation issue is national in scale. While the task force will be focused on identifying actionable steps that supply chain partners can take to address the issue, it is clear that it will take all of our collective efforts to get coin moving again,” the Federal Reserve said.