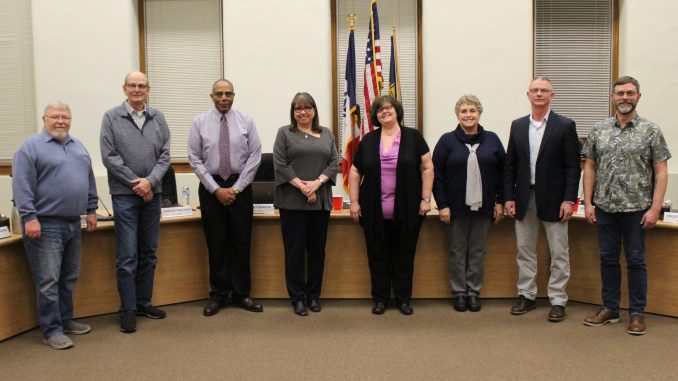 At the July 9th In-Depth meeting of the Muscatine City Council, Councilman John Jindrich made a motion that city staff, time, and money would not be used until it is consistent with Governor Kim Reynold’s recommendations.
In a five-to-two vote, Dennis Froelich, Peggy Gordon, Jindrich himself as well as Nadine Brockert and Dewayne Hopkins, all voted Aye to ultimately de-fund the proclamation. Councilmen Kelcey Brackett and Osmond Malcom voted Nay.

The proclamation itself still stands. After Froelich and Gordon read their statements that asked the mayor to rescind the proclamation, Mayor Diana Broderson stated that she is not prepared to rescind it and that is in part due to her leaning on the findings and consultations with public health departments and doctors.
“This was done in collaboration with Public Health;” Broderson told the Council. Many of the Council members said that they believe the proclamation announcement was hasty and done too quickly without a real discussion with the Council. Mayor Broderson followed up saying “It is unfortunate that it was leaked to social media.” She also stated that her proclamation was only adding to the Governor’s proclamation, “Not detracting from it.”

With Jindrich’s motion, Kelcey Brackett followed up after the vote to say that even though it was too late for him to say it, “With your votes, you’ve effectively shut down further discussion.”