The Muscatine High School girls soccer team plays for a regional championship Friday, while softball moved to the top of the Class 5A rankings on Thursday.

The Muskies are coming off a 6-0 victory Wednesday over Davenport North, and have won 7 of their last 8 starts. Linn-Mar beat Cedar Rapids Advance 10-0 in their regional semifinal.

Softball
The new rankings from the IGHSAU were released Thursday afternoon, and Muscatine jumped to the top spot after opening the season at number two. 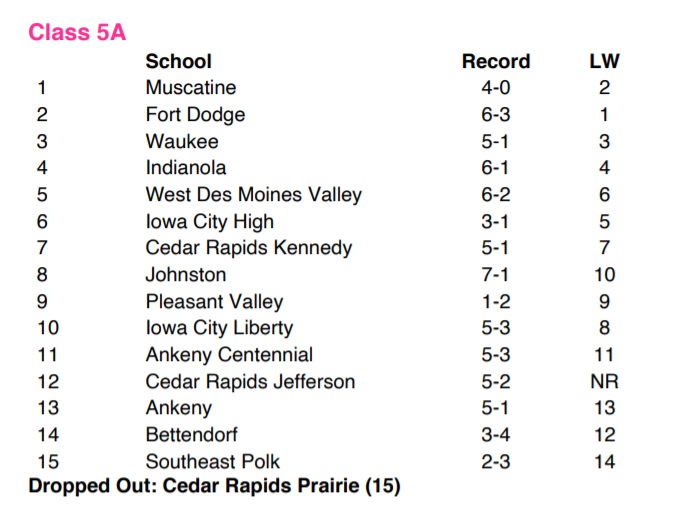 But that perfect record was short lived, as just a few hours later the Muskies split a doubleheader with 3A top-ranked Assumption. After dropping game one, 6-4, Muscatine scored three runs in the first and held on for a 3-0 victory.

In the opener, Rylie Moss recorded her 100th career stolen base.

Baseball
Assumption swept a Thursday doubleheader from Muscatine by scores of 4-3 and 17-0.

The Muskies host Johnston for a single game Friday at 7 p.m., and then Mount Pleasant in a Saturday doubleheader at 10 a.m. and 12:30 p.m.