Despite suffering their first loss of 2021 last week, the Muscatine High School softball team held on to the number one spot in the state 5A rankings. 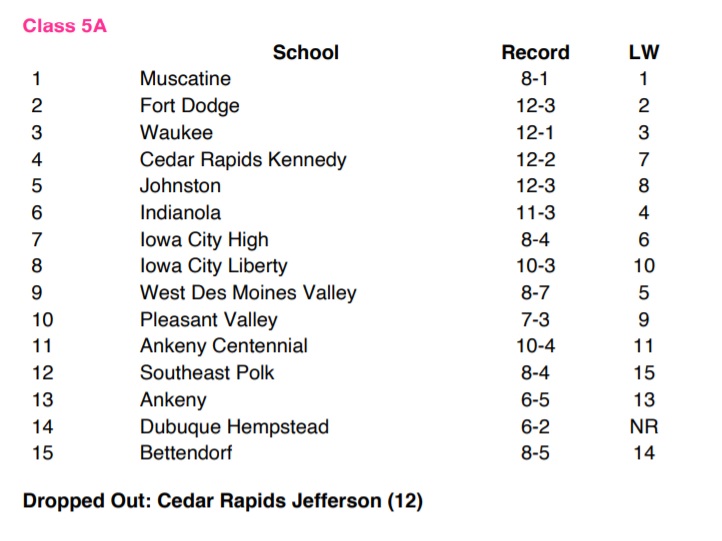 The Muskies had games at Clinton rained out on Monday, and were scheduled to play Davenport North in a doubleheader Thursday evening.

This weekend they host the Muskie Classic Tournament, facing Durant at 9 a.m. and Benton at 1 p.m. on Saturday. Monday, the Muskies travel to Davenport Central for a doubleheader.