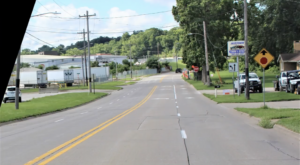 The City of Muscatine was awarded a $2 million grant to support planning for the Developing Connection: Isett Avenue and Cypress Street Reconstruction project. The award from the U.S. Department of Transportation (USDOT) was announced by Sen. Chuck Grassley (R-Iowa) on Tuesday, August 9.

“We would like to thank Sen. Grassley for his support of our application,” Muscatine Mayor Brad Bark said. “This is a major project that will improve the transportation infrastructure, safety for the traveling public including pedestrians, and promote future residential and commercial development in this area.”

The Rebuilding American Infrastructure with Sustainability and Equity (RAISE) grant provides 100 percent funding to begin planning for the rebuilding of approximately 1.7 miles of Isett Avenue and Cypress Street from the U.S. Hwy 61 Bypass to 5th Street in Muscatine. The goal of the reconstruction is to attain the neighborhood’s vision of a safe, reliable, attractive corridor that enhances the quality of life, opportunities, and connectivity of all who interact with it.

The project also aligns with two of the focus areas of the City of Muscatine Strategic Plan including a safe community and reliable public infrastructure.

Once the City receives the award packet from the State of Iowa, staff will begin working on the state’s checklist for using the grant including presenting the grant to the Muscatine City Council for approval. Once the grant is accepted, City staff will prepare and issue a Request for Qualifications for potential consultants to complete. The City anticipates having a consultant selected by the end of 2022 with the study and planning phase in the first half of 2023. The design phase will take up to a year and a half to complete.

The City of Muscatine anticipates applying for a RAISE construction grant for the project that is estimated to cost $18-$20 million (in current dollars).

The City of Muscatine noted in their grant application that this stretch of Isett Avenue/Cypress Street presented several safety and connectivity challenges for Muscatine including:

Nearly $25 million in overall grant funding has been awarded to the cities of Dubuque, Muscatine and Waterloo to help complete roadway, bridge, wastewater management and other related projects the USDOT announced today (Aug. 9). The grant program was continued in the bipartisan infrastructure law supported by Sen. Chuck Grassley (R-Iowa), which is now directly benefiting and improving communities across Iowa.

“After urging USDOT to support funding for these infrastructure projects, I’m glad these communities have officially been awarded the grants needed to begin construction,” Grassley said. “These updates and improvements will benefit Iowans in Dubuque, Muscatine and Waterloo for decades to come. I supported the bipartisan infrastructure law to invest in Iowans and Iowa’s economy and ensure more of Iowans’ hard-earned tax dollars come back to our state. I’m glad to see our state is continuing to benefit from this investment.”

The following projects in Iowa will receive an overall total of roughly $24.8 million in grant funding:

Earlier this year, the Lewis & Clark Regional Water System – which is responsible for providing rural water to northwest Iowa communities like Rock Rapids, Hull and Sioux Center – received $75.5 million from the infrastructure bill. Project leaders plan to use this investment to finish 17 miles of pipeline, construct two-meter buildings and build a new pump station. On the other side of the state, the U.S. Army Corps of Engineers announced an $829.1 million investment in lock and dam modernization projects along the upper Mississippi River – one of Iowa’s top five infrastructure improvement priorities.