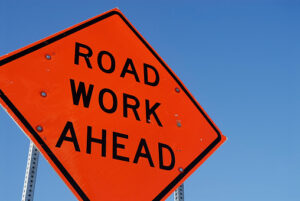 Logan Street will be closed to through traffic between Lucas and Climer streets starting Monday, August 15, according to the Department of Public Works.

West Hill Sanitary & Storm Sewer Separation Project (WHSSSSP) work has moved west out of the ravine through the alley that ends at Logan Street. The contractor is now ready to begin work on Logan Street with the stretch from the alley toward Lucas accomplished first. The section between the alley and Climer will follow.

During the winter new sanitary sewer pipe was placed in the ravine from High Street toward the intersection of the east/west and the north/south portions of the alleys connecting Climer and Logan. Ravine work resumed Tuesday and has been completed up to Logan Street. Access to driveways in the alleys are being temporarily restored with a rock surface until paving portions of the alley can be completed.

Repaving Climer Street from the 700 block to High Street started Wednesday with curb and gutter on both sides of the street. The driving lanes were being poured on Friday but work was halted due to the brief rain shower over the noon hour. Climer will be opened to traffic, at least temporarily, next week but the exact day is dependent on the weather. Once opened, however, there will be some lane restrictions as work on sidewalks and driveways is completed.

Underground work on Climer from High to Logan will resume once work on Logan between Lucas and Climer has been completed. Advance notification will be given when this section of Climer is closed to traffic.

Lucas Street remains closed to traffic from Busch to West 8th as the contractor prepares this section of Lucas for repaving, which should be accomplished over the next two weeks depending on the weather.

There will be limited access available with this section of Lucas reduced to one lane where the underground work is being completed. A temporary driving surface will be provided behind the underground work once the contractor determines it is safe to do so. Driveways along the work area will be inaccessible while the sewer is being installed, but the contractor will attempt to restore driveway access as quickly as possible with a temporary driving surface.