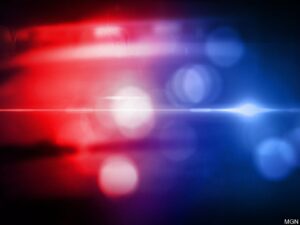 Quick response by the Muscatine Fire Department contained a fire in a mobile home to a bedroom on Tuesday, August 16, with one occupant of the residence treated at the scene and released.

The Muscatine Joint Communications Center (MUSCOM) received a 911 call at approximately 11:15 a.m. Tuesday of a single-family mobile home on fire at 57 Cyril Avenue, Muscatine, with two animals inside.

Upon arrival fire crews found smoke and fire coming from a rear window and immediately initiated an attack on the fire. They were able to ‘knock down’ the main body of the fire within minutes, and continued to overhaul the rest of the residence to ensure the fire was completely out.

There was fire damage to a rear bedroom and smoke damage throughout the rest of the building. The on-scene investigation determined the initial cause was an accidental fire that started in the bedroom. Smoke detectors did not activate in the mobile home.

Direct fire and smoke loss estimate is approximately $20,000, with about $10,000 to the structure and $10,000 to the contents. The American Red Cross was called to assist the residents including three adults and two small children who have been displaced due to this fire.

There was one injury to an occupant and two cats succumbed to the fire. There were no injuries to responders.