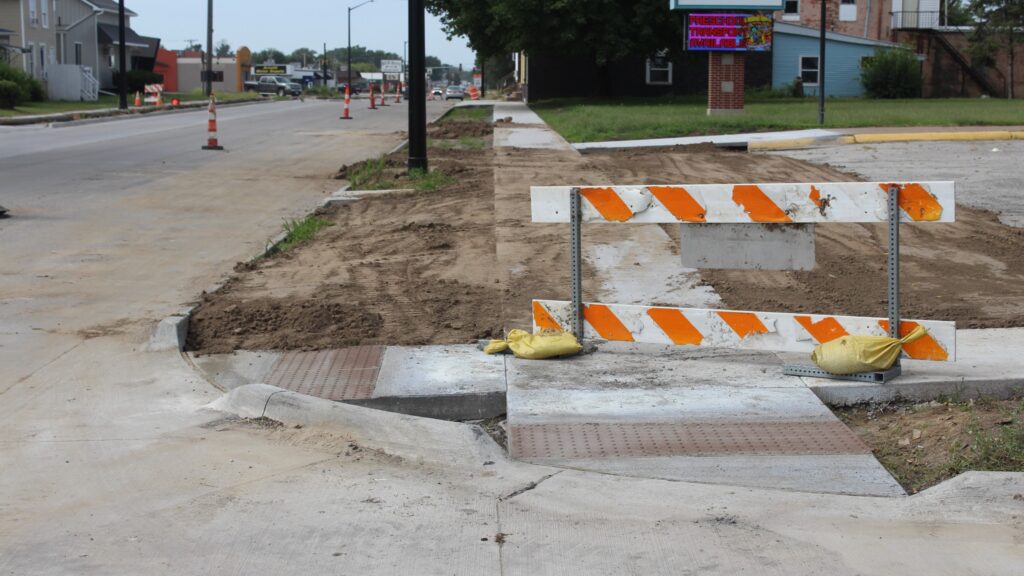 It is a race against time for two local contractors and two massive projects for the City of Muscatine. Both the Grandview Avenue Reconstruction Project and Phase 5 of the West Hill Sanitary and Storm Sewer Separation Project are looking at a September 30 deadline for Fall seeding of finished areas.

The Iowa Department of Transportation (DOT) has two windows for seeding with a permanent lawn mixture that is typically used for residential and commercial turf sites. The spring window is open from March 1 through May 31 with the fall window running between August 10 and September 30.

Much of the Grandview Avenue corridor has been completed but has not been seeded, and that has given weeds an opportunity to grow. The same is true for the West Hill project. There has been a constant effort by the City of Muscatine and the contractor(s) to keep control of the weeds and not let them become too overgrown especially in areas more visible to the public. This has been an ongoing effort by the contractor(s) as well as prepping the areas between the back of curb and sidewalk for seeding.

Heuer Construction, Inc., is working to complete sidewalks and driveways in Phase 1 (Main Street to the Canadian Pacific Railroad crossing on Grandview), backfilling, and placing topsoil in order to complete seeding before the window closes. Some completed areas in Phase 2 (Canadian Pacific Railroading crossing to just south of the Houser Street intersection) are scheduled to be seeded this fall.

Hagerty Earthworks, Inc., has also been working to complete areas on West 8th Street and Climer Street along with the ravine area from West 8th to Logan for seeding before the fall window closes.