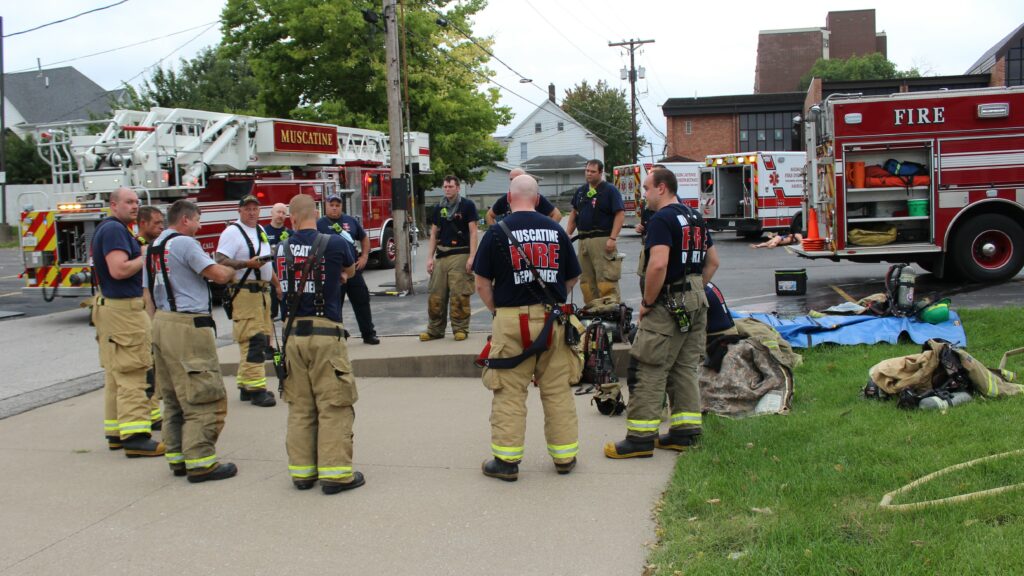 The Muscatine Fire Department continued their training regimen Wednesday morning by conducting a training exercise in a vacant home on Cedar Street. Various pieces of equipment were brought to the scene for the exercise and staged in the Zion Lutheran Church parking lot.

“We were given permission to conduct training in the house as long as we didn’t tear it up too much,” Battalion Chief Ted Hillard said.

The scenario for today’s exercise was a fire on the second floor of the residential home. However, a “victim” was discovered on the main floor when firefighters entered the home and that “victim” was rescued before firefighters proceeded upstairs to find, contain, and put out the fire.

“We then had another little twist that the firefighters had to deal with,” Hillard said.

One firefighter was “injured” while attacking the fire and that necessitated the implementation of Rapid Intervention Protocol to remove the injured firefighter from the residence.

Firefighters then gathered outside the structure once the exercise was completed to review what had happened and what could be done better.

Real life intervened as the discussion winded down as firefighters were called to a medical emergency.