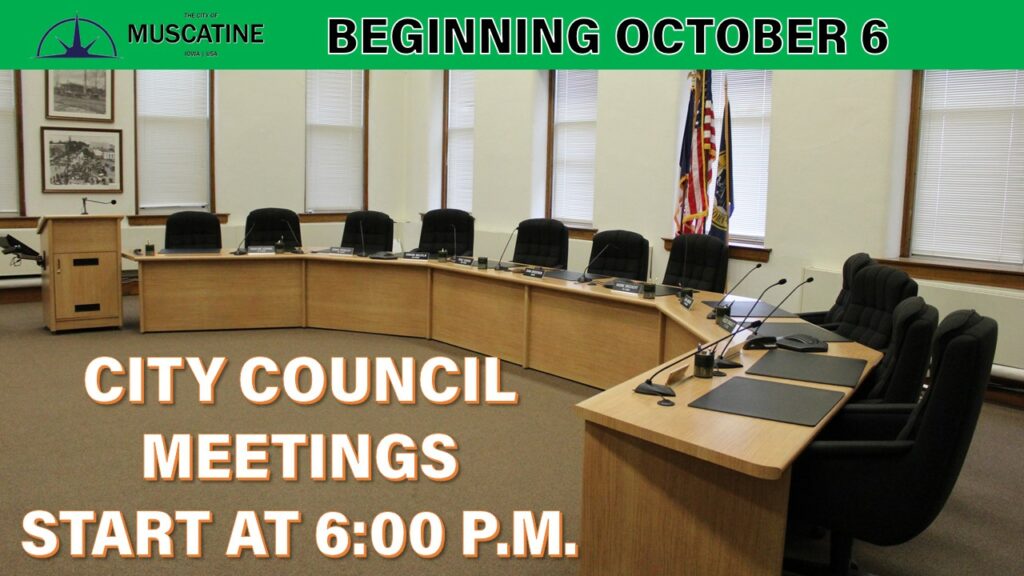 The Muscatine City Council approved an updated “Rules of Council” at its September 15 meeting with one of the biggest changes being the starting time for Council meetings.

The “Rules of Council” were last updated in 2016 and City staff proposed certain changes that reflect current Council practices and current Iowa law, and support efficient and orderly Council meetings. Iowa Code along with the City Charter and the City Code of Muscatine allow the Council to determine its own rules.

In addition to the meeting start time, the updated rules allow Councilmembers to participate in meetings via remote technology upon approval by the mayor. Virtual meetings became the norm following the declaration of a pandemic in 2020 and although in-person meetings have resumed, the virtual component remains to the benefit of the Council and the public.

Other changes were made to the order of business with several categories added, definitions were added, the rights and duties of Councilmembers and the rights of participating audience were updated, and language was added concerning meeting conduct.