A send-off parade will be held Tuesday morning for the Muscatine High School girls soccer team as they head to Des Moines for the state tournament.

Our #Muskie Girls Soccer team is heading to the state tournament! Help send off the team during the parade happening at 11:00 am TOMORROW (Tuesday, June 8th). See flyer for the route and additional details and Go Muskies! #MuskieSoccer #MuskieSchools #Muscatine pic.twitter.com/gZTsuOK1wb

The team will depart from the MHS side entrance onto Hauser Street at 11 a.m., then head down Cedar Street and past Discover/Highway 22.

The Muskies defeated Linn-Mar 4-1 on Friday to win the 3A Region 7 championship and clinch a berth in the state 3A tournament for the first time since 2007.

Muscatine will be the 8-seed and play #1 West Des Moines Valley on Tuesday at 3 p.m. at Cownie Soccer Complex in Des Moines. 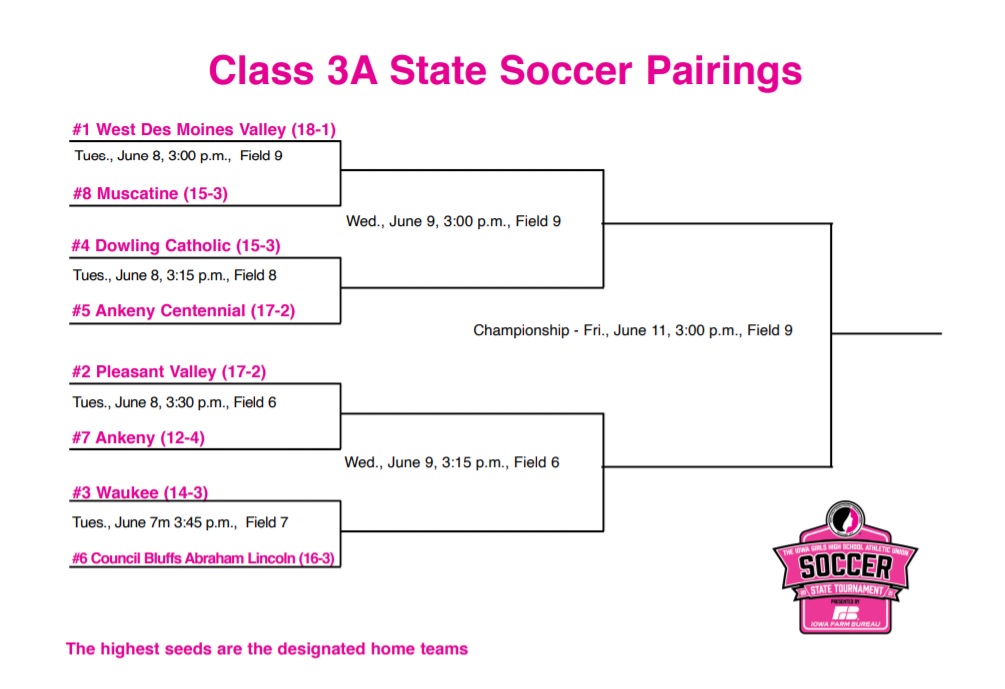